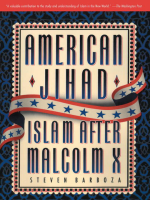 Description
American Jihad is the only popular book  available about the religious experience of Muslims,  both black and white, in America. With over one  billion faithful worldwide, and over six rnillion in  the United States alone, Islam is the world's  fastest-growing religion. In fact, the population of  American Muslims surpasses the membership of many  mainline Protestant denominations. However, the  media's depiction of Muslims in America often stops  short of any real examination and opts instead to  cover only the sensational, puzzling charisma of  Louis Farrakhan, who leads the Nation of Islam, or  the violence of some of the more extremist  Muslims. American Jihad dispels these  prominent but dangerously deceptive stereotypes  and is the first book to take a serious and  inclusive approach to exploring how the Muslim faith is  embraced and practiced in America. Like many  African-Americans of his generation, author Steven  Barboza was affected profoundly by Malcolm X and  converted from Catholicism after reading the  Autobiography. In American Jihad, he  features a myriad of faithful Muslims who come from  many different walks of life from a foreign policy  advisor of Richard M. Nixon's, to a blond Sufi, to  an AIDS activist, and so on. In  American Jihad, you'll hear from some of the  most famous American Muslims after Malcolm X,  including Louis Farrakhan, Kareem Abdul Jabar, Attallah  Shabazz (Malcolm X's daughter), and the former H.  Rap Brown. In American Jihad,  Steven Barboza does for Islam what Studs Terkel has  recently done for race relations.
Also in This Series 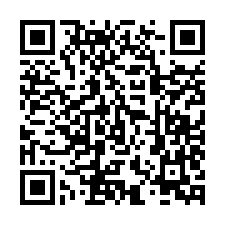