Death of a cozy writer »

Death of a cozy writer: a St. Just mystery

Winner of the 2008 Agatha Award for Best First Novel

From deep in the heart of his eighteenth century English manor, millionaire Sir Adrian Beauclerk-Fisk writes mystery novels and torments his four spoiled children with threats of disinheritance. Tiring of this device, the portly patriarch decides to weave a malicious twist into his well-worn plot. Gathering them all together for a family dinner, he announces his latest blow—a secret elopement with the beautiful Violet...who was once suspected of murdering her husband.

Within hours, eldest son and appointed heir Ruthven is found cleaved to death by a medieval mace. Since Ruthven is generally hated, no one seems too surprised or upset—least of all his cold-blooded wife Lillian. When Detective Chief Inspector St. Just is brought in to investigate, he meets with a deadly calm that goes beyond the usual English reserve. And soon Sir Adrian himself is found slumped over his writing desk—an ornate knife thrust into his heart. Trapped amid leering gargoyles and stone walls, every member of the family is a likely suspect. Using a little Cornish brusqueness and brawn, can St. Just find the killer before the next-in-line to the family fortune ends up dead?

"Malliet's debut combines devices from Christie and Clue to keep you guessing until the dramatic denouement."—Kirkus Reviews

"Malliet's skillful debut demonstrates the sophistication one would expect of a much more established writer. I'm looking forward to her next genre-bender, Death and the Lit Chick."—Mystery Scene

"Almost every sentence is a polished, malicious gem, reminiscent of Robert Barnard...the book is perfect for the lover of the classical detective story or the fan of great sentences."—Deadly Pleasures

"In her series debut, Malliet, who won a Malice Domestic Grant to write this novel, lays the foundation for an Agatha Christie—like murder mystery."—Library Journal

"An affectionate homage to the Golden Age of British crime fiction by a skilled writer rapidly attracting attention."—The Sherbrook Record

"Wicked, witty and full of treats!"—Peter Lovesey, recipient of Lifetime Achievement Awards from the Crime Writer's Association and Malice Domestic

"The traditional British cozy is alive and well. Delicious. I was hooked from the first paragraph."—Rhys Bowen, award-winning author of Her Royal Spyness

"Death of a Cozy Writer is a romp, a classic tale of family dysfunction in a moody and often humourous English country house setting."—Louise Penny, author of the award-winning Armand Gamache series of murder mysteries

"The connections made by St. Just are nothing short of Sherlock Holmes at his most coherent. A most excellent first mystery!"—Midwest Book Review 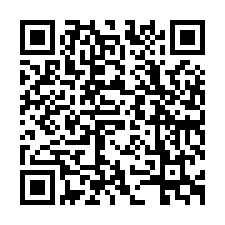