Description
After her mother's mysterious death, a young woman is summoned to the floating city of Sky in order to claim a royal inheritance she never knew existed in the first book in this award-winning fantasy trilogy from the NYT bestselling author of The Fifth Season.
Yeine Darr is an outcast from the barbarian north. But when her mother dies under mysterious circumstances, she is summoned to the majestic city of Sky. There, to her shock, Yeine is named an heiress to the king. But the throne of the Hundred Thousand Kingdoms is not easily won, and Yeine is thrust into a vicious power struggle with cousins she never knew she had. As she fights for her life, she draws ever closer to the secrets of her mother's death and her family's bloody history.

With the fate of the world hanging in the balance, Yeine will learn how perilous it can be when love and hate - and gods and mortals - are bound inseparably together.
The Inheritance Trilogy The Hundred Thousand KingdomsThe Broken KingdomsThe Kingdom of Gods
The Inheritance Trilogy (omnibus edition) Shades in Shadow: An Inheritance Triptych (e-only short fiction) The Awakened Kingdom (e-only novella)
For more from N. K. Jemisin, check out:
Dreamblood DuologyThe Killing MoonThe Shadowed Sun
The Broken Earth The Fifth SeasonThe Obelisk GateThe Stone Sky
Also in This Series 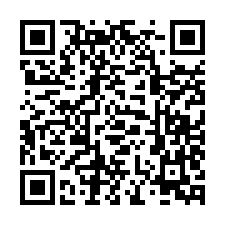