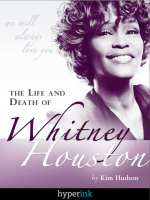 Known simply as The Voice, Whitney Houston enchanted the entire world with her epic vocal gift. Her exuberant performances, beauty, and acting talent quickly catapulted her to the highest echelons of fame and fortune, and during her lifetime she won more awards than any other female vocalist. Tony Bennett put it best on his twitter feed: “Whitney Houston was the greatest singer I’ve ever heard, and she will be truly missed.”

“Certain voices stand like monuments upon the landscape of twentieth century pop, defining the architecture of their times, sheltering the dreams of millions, and inspiring the climbing careers of countless imitators. Whitney Houston owns one of those voices,” wrote Ann Powers of the Los Angeles Times.

What was it about her voice that created such an international sensation? Listen to the excellent montage of Houston’s greatest moments at People.com and you’ll immediately understand.

Her enormously wide range, gorgeous timber, and strong resonance made her voice sound almost supernatural. She could trill to treble F, extend down to G, and drop below middle C. One of the most celebrated songs of Houston’s career, her famous remake of Dolly Parton’s “I Will Always Love You,” showcased her powerful gift. Houston popularized the song at the height of her fame in the music video she recorded for the 1992 movie The Bodyguard.

Houston also broke racial barriers when she rose to the top of the mainstream entertainment business. From her young modeling days to her later incredibly successful movie career, she always did it better and made more money than almost everyone else in Hollywood.

As Jimmy Jam noted, “To me, Whitney was the next person, after Diana Ross, who for a lot of little girls was sort of that bright light called positive African-American beauty and talent . . . When you look at someone like Beyonce, you know the influence someone like Whitney had on that.”

EXCERPT FROM THE BOOK

Whitney Houston was born and raised surrounded by gospel, soul, and R&B music. Her mother, Cissy Houston, is a well respected gospel and soul singer. She sang backup for the likes of Elvis Presley and Jimi Hendrix. Whitney’s godmother is soul diva Aretha Franklin, and her cousins include famous singers Dionne Warwick and Dee Dee Warwick. In later years, Whitney cited her upbringing, faith, and mother as the reasons she survived the years of hard drug use.

Whitney knew she could really sing at the age of seven. “In our backyard we had this massive pool and I would sing ‘cause it had great acoustics. And about at seven or eight I knew I could...I could really sing, but I wouldn’t tell anybody.”

Gospel music and the Baptist Church played a large part in Whitney’s formation as a child. She began singing in her church at the age of eight. By the time she was eleven, she was performing solos for the junior gospel choir at the New Hope Baptist Church. By age twelve, she was singing professionally. In one of her earliest interviews, Whitney stated that she started singing professionally at age twelve. “I wanted to be a teacher or a veterinarian. But, uh, when I opened my mouth I said ooh wait a minute. Why not?”

Buy a copy to keep reading! 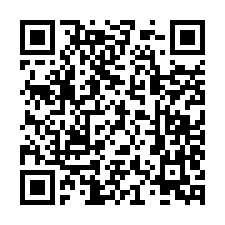