Rage against the dying »

Rage against the dying

You have never met an (ex) FBI agent like Brigid Quinn

"Keeping secrets, telling lies, they require the same skill. Both become a habit, almost an addiction, that's hard to break even with the people closest to you, out of the business. For example, they say never trust a woman who tells you her age; if she can't keep that secret, she can't keep yours. I'm fifty-nine."

Brigid Quinn's experiences in hunting sexual predators for the FBI have left her with memories she wishes she didn't have and lethal skills she hopes never to need again. Having been pushed into early retirement by events she thinks she's put firmly behind her, Brigid keeps telling herself she is settling down nicely in Tucson with a wonderful new husband, Carlo, and their dogs.

But the past intervenes when a man named Floyd Lynch confesses to the worst unsolved case of Brigid's career--the disappearance and presumed murder of her young protégée, Jessica. Floyd knows things about that terrible night that were never made public, and offers to lead the cops to Jessica's body in return for a plea bargain.

It should finally be the end of a dark chapter in Brigid's life. Except…the new FBI agent on the case, Laura Coleman, thinks the confession is fake, and Brigid finds she cannot walk away from violence and retribution after all, no matter what the cost.

With a fiercely original and compelling voice, Becky Masterman's Rage Against the Dyingmarks the heart-stopping debut of a brilliant new thriller writer. 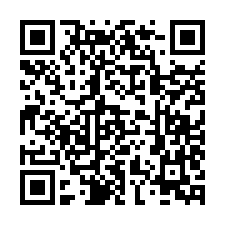