Description
Nate Starbuck, a renegade Bostonian who has become a Confederate officer, serves under Stonewall Jackson in that desperate summer. He distinguishes himself at the Battle of Cedar Mountain, but afterward his career is jeopardized through the suspicion and hostility of his brigade commander, the grandiose General Washington Faulconer. This hostility is scarcely diluted by the dubious friendship of Colonel Swynyard, a reformed drunk whose Christian faith seems a frail weapon with which to oppose his many temptations. The situation comes to a climax at Dead Mary's Ford, an unguarded crossing of the Rapidan River where Nate Starbuck has to fight the Yankee enemy as well as his own commanding officer. The outcome of that fight drastically changes both Starbuck's and Faulconer's fortunes, and propels Starbuck into the ghastly bloodletting on the southern bank of Bull Run - the Second Battle of Manassas - and into a severe test of his ability to lead, inspire, and control men who are sometimes on the very edge of disaster.Complicating Starbuck's life is his own father, the fiercely partisan Yankee Reverend Elial Starbuck, who has been thwarted in his ambition to preach the first sermon from a captured rebel pulpit in Richmond, but has managed to gain possession of the captured battle flag of his renegade son's regiment. In the meantime, Nate Starbuck and his men march in Stonewall Jackson's dazzling flank attack that hooks deep behind John Pope's army and take part in some of the Civil War's most extraordinary scenes: the Confederate capture of Bristoe Station and the frantic wrecking of the trains that followed, then the gargantuan sack of the Manassas depot, which leads directly into the novel's climax, the violent and blood-drenched field of Second Manassas.
Also in This Series 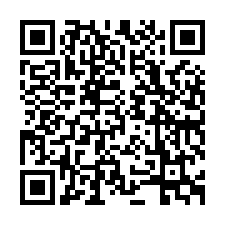