In the deep zone, even the very best player can find it impossible to beat a foe who's hungry and waiting. . . .

Troy White can predict a play before it happens. Star quarterback on his state football team, Troy's a natural for the 7-on-7 tournament that's being held at the Super Bowl in Miami. With any luck, his 'football genius' will also be working for the Atlanta Falcons on that big day.

Ty Lewis is a wide receiver with exceptional speed. His brother, an NFL star, says getting on a 7-on-7 team will prove Ty's a winner.

From the moment the two football champs cross paths, Troy and Ty begin to size each other up. Troy is suspicious of Ty's interest in his friend Tate, while Ty worries his speed will never be a match for Troy's game smarts. But when the two rivals find themselves somehow tangled in the same dangerous web of deceit, they discover that they have more in common than their skill at football.

Uniting Troy, first seen in the New York Times bestselling Football Genius, and Ty, who was chased by the Mafia in Football Hero, Tim Green's Deep Zone delivers it all'vivid settings, dynamic characters, and high-stakes action on and off the field. 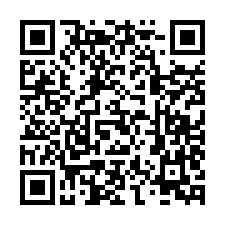