Escape from Camp 14: one man's remarkable odyssey from North Korea to freedom in the West 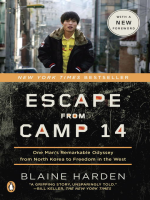 Description
A New York Times bestseller, the shocking story of one of the few people born in a North Korean political prison to have escaped and survived. Blaine Harden's latest book, King of Spies, will be available from Viking in Fall 2017.

North Korea is isolated and hungry, bankrupt and belligerent. It is also armed with nuclear weapons. Between 150,000 and 200,000 people are being held in its political prison camps, which have existed twice as long as Stalin's Soviet gulags and twelve times as long as the Nazi concentration camps. Very few born and raised in these camps have escaped. But Shin Donghyuk did.

In Escape from Camp 14, acclaimed journalist Blaine Harden tells the story of Shin Dong-hyuk and through the lens of Shin's life unlocks the secrets of the world's most repressive totalitarian state. Shin knew nothing of civilized existence-he saw his mother as a competitor for food, guards raised him to be a snitch, and he witnessed the execution of his own family. Through Harden's harrowing narrative of Shin's life and remarkable escape, he offers an unequaled inside account of one of the world's darkest nations and a riveting tale of endurance, courage, and survival.

Never heard the word "love"
The boy who ate his mother's lunch
School days
The upper crust
Mother tries to escape
Mother tries to escape, version two
This son of a bitch won't do
The sun shines even on mouse holes
Avoiding mother's eyes
Reactionary son of a bitch
Working man
Napping on the farm
Sewing and snitching
Deciding not to snitch
Preparing to run
The fence
Stealing
Riding north
The border
China
Asylum
K'uredit k'adus
South Koreans are not so interested
U.S.A. 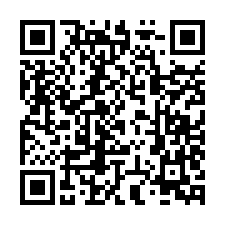