Description
In this fourth installment of the widely acclaimed Callahan Garrity series, the South's favorite cleaning lady/sleuth immerses herself in the world of sixties girl groups and nineties rap groups to hunt the killer of a suave, self-serving record producer.The last thing Callahan needs is a new case. Her maid service is running above capacity and her boyfriend, Mac, is heading to Birmingham to see his ex-wife for the first time in ten years. But she can't resist this case because it involves the VelvetTeens, her absolute favorite girl group from the sixties. The surviving VelvetTeens, Rita Fontaine and Vonette Hunsecker, are all set to make a comeback movie deal when their onetime producer, Stuart Hightower, prohibits them from using the VelvetTeen name or singing their old songs. Rita, whose years of alcoholism and dead-end jobs have dulled her judgment, threatens Stuart publicly the day before he's found shot to death by his swimming pool. Nearby lies Rita, unconscious, and everybody thinks it's an open-and-shut case except Vonette, who hires Callahan to prove Rita's innocence.Callahan learns that Hightower had made more enemies than records - from the disc jockey he'd blackmailed to the pop diva he'd scorned to the sullen teenager he'd transformed into a rap sensation to his icily efficient second-in-command at SkyHi Records. Even as Callahan trawls the underside of the music business she must strive to rein in her wayward boyfriend, control the eccentric troupe of "girls" she employs, and avoid the attentions of a killer.
Also in This Series 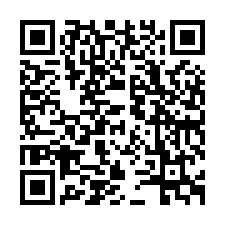