Description
New York Times bestselling author Lisa Gardner, whose first three novels rocketed onto national bestseller lists, is one of today’s hottest suspense stars. Now, in her powerful hardcover debut, she takes us on a desperate manhunt for a sadistic killer who preys upon his victims’ innermost fears — just before he claims their lives.

What do you do when a killer targets the people you love most? How do you protect them when he knows their most secret fears and hidden desires? When he knows just when to strike? And, most of all, when he knows the same about you?

These are the questions that haunt FBI Special Agent Pierce Quincy. The official police report concluded that his daughter’s death was an accident. Amanda Quincy was driving drunk when her car careened out of control.

Pierce knew about his daughter’s problem with alcohol. He knew about her loneliness and insecurity. And so, he is certain, did the man who killed her. Quincy is prepared to risk everything to learn the dangerous truth about Amanda’s death — and there’s only one person willing to help.

Rainie Conner knows all too well the dark side of the human heart. An ex-cop haunted by her own violent past, she had once been paired professionally — and personally — with the brilliant, supremely logical FBI profiler.

Quincy had helped Rainie through the harrowing case that shattered her career and left her charged with first-degree murder. Now it’s time for Rainie to return the favor.

But this killer is like none these two hard-boiled pros have ever encountered. This twisted psychopath has an insatiable hunger for revenge ... and for fear. He isn’t satisfied with taking his victims’ lives. He wants to get inside their minds, strip them of every defense, render them powerless to resist.

He’s already killed twice; now he’s taunting Quincy and Rainie by making it no secret who his next victim will be: Quincy’s only surviving daughter.

The killer’s plan is chilling, brilliant, and unstoppable. The cops won’t help; the FBI can’t be trusted. As the clock ticks down to the final minutes of one unspeakably intimate act of vengeance, the only way Rainie can unmask this faceless killer is to step directly in his murderous path. She will become a murder waiting to happen. She will be ... the next accident.
Also in This Series 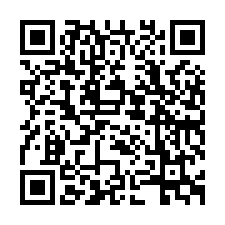