Description
Once Ellie Haskell's life was a fairy tale: the one about the overweight, underpaid interior designer who falls rapturously in love with a gorgeous prince, has two adorable children, and lives happily ever after. But now, four and a half months after the birth of her twins, Ellie's worst nightmare has come true: The princess has turned into a frog, and the bliss has gone out of the bedroom.
Still, Ellie wonders if the answer to her marital woes can be found in an organization called Fully Female. Can a course in the sensual arts, featuring naughty nighties and Peach Melba Love Rub, really rekindle the magic she and her adored Bentley once shared? Somehow Ellie thinks not...until her faithful housekeeper, suicidal and lovesick, arrives brandishing a gun, and Ellie realizes that Fate is summoning them both to Fully Female.
There, in a brightly lit studio run by an ex-chorus girl who promises to turn hausfraus into vamps and girlfriends into wives, Ellie sees some surprisingly familiar faces. Even the stylish Jacqueline Diamond, wife of famed children's television personality Norman the Doorman, is lining up to shake and shimmy her way through Working Women Workouts and divulge all at the Marriage Makeover sessions.
But when Ellie's daily is suddenly reduced to a sex-crazed zombie and one would-be siren meets her end in a fatally frothy bubble bath, our heroine begins to suspect that there are dangers in becoming The Woman He Always Wanted. And then another hapless victim of amour turns up dead, and Ellie realizes that more than ill luck is involved. Now she must cook up a scheme to catch a crazed killer...before love gets a bad name.
Also in This Series 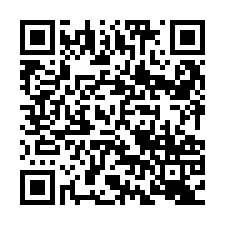