Description
A crew of children must pilot a ship across unfamiliar seas while a strange creature lurks belowdecks in this fast-paced survival story from New York Times bestselling author Michael Northrop.Alone at sea, with only the stars to guide them...The proud sailing ship Polaris is on a mission to explore new lands, and its crew is eager to bring their discoveries back home. But when half the landing party fails to return from the Amazon jungle, the tensions lead to a bloody mutiny. The remaining adults abandon ship, leaving behind a cabin boy, a botanist's assistant, and a handful of deckhands -- none of them older than twelve. Troubled by whispers of a strange tropical illness and rumors of a wild beast lurking onshore, the young sailors are desperate to steer the vessel to safety. When one of their own already missing and a strange smell drifting up from below deck, the novice crew begins to suspect that someone -- or something -- else is onboard. Having steeled themselves for the treacherous journey home, they now have more to fear than the raging waters of the Atlantic...
Also in This Series 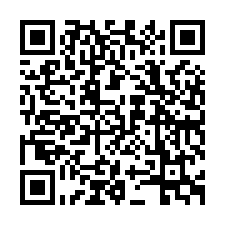