The seeress of Kell »

The seeress of Kell

Description
THE FINAL RECKONINGTime was running out for Garion and his companions in their quest to recover Garion's infant son and heir. If they could not locate the Place Which Is No More, then Zandramas, the Child of Dark, would use Garion's son in a rite that would raise the Dark Prophecy to eternal dominion over the universe!Only the Seeress of Kell could reveal the site of that mysterious place--and that she could do only once Garion and Polgara had fulfilled an ancient prophecy in the mountain fastness of the Seers . . .Kell itself was closed to Zandramas--but her dark magic could force the knowledge she needed from one of Garion's party. She laid her traps and dispatched her foul minions, determined to claim the world for the Dark God. But Garion would let nothing stand between him and his son . . .Here is the epochal conclusion to David Eddings' bestselling The Malloreon, the culmination of an unparalleled quest across strange lands and among strange peoples--a magnificent fantasy of men, Kings, Sorcerers, and Gods caught up in the seven-thousand-year war between two ancient, opposing Destinies battling to determine the fate of all creation.
Also in This Series 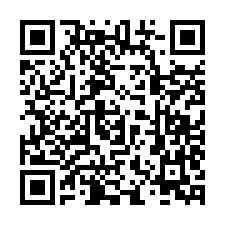