Bitter Lemons of Cyprus: Life on a Mediterranean Island 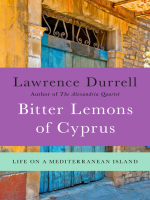 Description
From the New York Times'bestselling author of the Alexandria Quartet: 'A superlative piece of . . . writing . . . rooted in the Mediterranean scene' (Time). In 1953, as the British Empire relaxes its grip upon the world, the island of Cyprus bucks for independence. Some cry for union with Athens, others for an arrangement that would split the island down the middle, giving half to the Greeks and the rest to the Turks. For centuries, the battle for the Mediterranean has been fought on this tiny spit of land, and now Cyprus threatens to rip itself in half. Into this escalating conflict steps Lawrence Durrell'poet, novelist, and a former British government official. After years serving the Crown in the Balkans, he yearns for a return to the island lifestyle of his youth. With humor, grace, and passable Greek, Durrell buys a house, secures a job, and settles in for quiet living, happy to put up his feet until the natives begin to consider wringing his neck. More than a travel memoir, this is an elegant picture of island life in a changing world.
Also in This Series 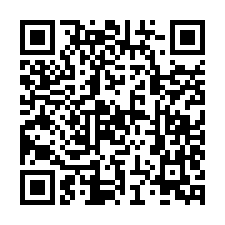