Description
From master of suspense Jo Gibson comes three novels of year-round terror--where the holidays are more than a little nerve-wracking. They're totally twisted. . .

It's Valentine's Day, and everyone at Hamilton High is excited about the big dance. Six girls are competing to be Queen of Hearts. Unfortunately, someone is taking aim at the contestants--and it's not Cupid. Unless Cupid is a deranged killer with a sharp knife and a deadly message. Be mine. . .or else.

There's nothing like a killer party on Halloween--especially when it's in a secluded lodge in the woods. But when Jennifer Larkin's friends insist on holding a seance--in spite of the warnings of a local psychic--it's anything but a game. For the spirits are vengeful. The partiers are prisoners. And no one gets out of here alive. . .

The new Crossroads Mall is the place to shop this Christmas. So when a snowstorm traps Diana Connelly and her friends inside, they don't even mind staying the night. Until the accidents start to happen. And Diana's friends begin to die. One by one. Naughty or nice. ‘Tis the season. . .to be murdered.
Also in This Series 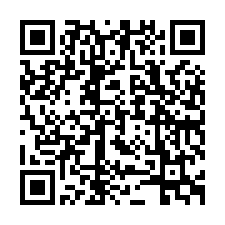