The tiger's wife: a novel

NATIONAL BOOK AWARD FINALIST &;&#160;NEW YORK TIMES&#160;BESTSELLER &; &;Spectacular . . . [T&#233;a Obreht] spins a tale of such marvel and magic in a literary voice so enchanting that the mesmerized reader wants her never to stop.&;&;Entertainment Weekly&#160;Look for T&#233;a Obreht&;s second novel,&#160;Inland, now available.&#160;NAMED ONE OF THE TEN BEST BOOKS OF THE YEAR BY Michiko Kakutani,&#160;The New York Times &; Entertainment Weekly &; The Christian Science Monitor &; The Kansas City Star &; Library JournalWeaving a brilliant latticework of family legend, loss, and love, T&#233;a Obreht, the youngest of&#160;The New Yorker&;s twenty best American fiction writers under forty, has spun a timeless novel that will establish her as one of the most vibrant, original authors of her generation.In a Balkan country mending from war, Natalia, a young doctor, is compelled to unravel the mysterious circumstances surrounding her beloved grandfather&;s recent death. Searching for clues, she turns to his worn copy of&#160;The Jungle Book&#160;and the stories he told her of his encounters over the years with &;the deathless man.&; But most extraordinary of all is the story her grandfather never told her&;the legend of the tiger&;s wife.NAMED ONE OF THE BEST BOOKS OF THE YEAR BY&#160;The Wall Street Journal &; O: The Oprah Magazine &; The Economist &; Vogue &;&#160;Slate&#160;&; Chicago Tribune &; The Seattle Times &; Dayton Daily News &; Publishers Weekly &;&#160;Alan Cheuse, NPR&;s&#160;All Things Considered&;Stunning . . . a richly textured and searing novel.&;&;Michiko Kakutani,&#160;The New York Times&;[Obreht] has a talent for subtle plotting that eludes most writers twice her age, and her descriptive powers suggest a kind of channeled genius. . . . No novel [this year] has been more satisfying.&;&;The Wall Street Journal&#160;&#160;&;Filled with astonishing immediacy and presence, fleshed out with detail that seems firsthand,&#160;The Tiger&;s Wife&#160;is all the more remarkable for being the product not of observation but of imagination.&;&;The New York Times Book Review&;That&#160;The Tiger&;s Wife&#160;never slips entirely into magical realism is part of its magic. . . . Its graceful commingling of contemporary realism and village legend seems even more absorbing.&;&;The Washington Post 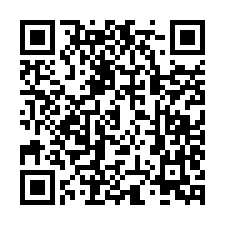