The Longest Trip Home: a memoir

Description
In his debut bestseller, Marley & Me, John Grogan showed how a dog can become an extraordinary presence in the life of one family. Now, in his highly anticipated follow-up, Grogan again works his magic, bringing us the story of what came first.

Before there was Marley, there was a gleefully mischievous boy growing up in a devout Catholic home outside Detroit in the 1960s and ’70s. Despite his loving parents’ best efforts, John’s attempts to meet their expectations failed spectacularly. Whether it was his disastrous first confession, the use of his hobby telescope to take in the bronzed Mrs. Selahowski sunbathing next door, the purloined swigs of sacramental wine, or, as he got older, the fumbled attempts to sneak contraband past his father and score with girls beneath his mother’s vigilant radar, John was figuring out that the faith and fervor that came so effortlessly to his parents somehow had eluded him.

And then one day, a strong-willed young woman named Jenny walked into his life. As their love grew, John began the painful, funny, and poignant journey into adulthood–away from his parents’ orbit and into a life of his own. It would take a fateful call and the onset of illness to lead him on the final leg of his journey–the trip home again.

Filled with revelation and laugh-out-loud humor, The Longest Trip Home will capture your heart–but mostly it will make you want to reach out to those you love. 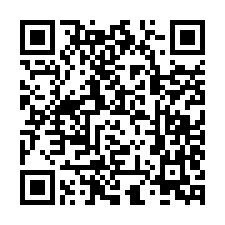