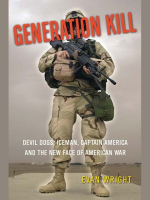 Description
In the tradition of Black Hawk Down and Jarhead comes a searing portrait of young men fighting a modern-day war.

A powerhouse work of nonfiction, Generation Kill expands on Evan Wright's acclaimed three-part series that appeared in Rolling Stone during the summer of 2003. His narrative follows the twenty-three marines of First Recon who spearheaded the blitzkrieg on Iraq. This elite unit, nicknamed "First Suicide Battalion," searched out enemy fighters by racing ahead of American battle forces and literally driving into suspected ambush points.

Evan Wright lived on the front lines with this platoon from the opening hours of combat, to the fall of Baghdad, through the start of the guerrilla war. He was welcomed into their ranks, and from this bird's-eye perspective he tells the unsettling story of young men trained by their country to be ruthless killers. He chronicles the triumphs and horrors-physical, moral, emotional, and spiritual-that these marines endured while achieving victory in a war many questioned before it began. Wright's book is a timely account of war; even more important, it is a timeless description of the human drama taking place on today's battlefields. Written with brutal honesty, raw intensity, and startling intimacy, Generation Kill is destined to become a classic and take its place in the canon of the most captivating and authentic works of war literature.
Also in This Series 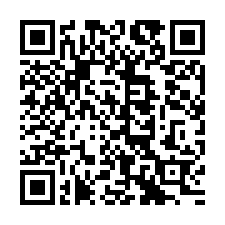