Light of the world »

Light of the world

Description
“America’s best novelist” (The Denver Post) and “the reigning champ of nostalgia noir” (The New York Times Book Review) introduces his most evil character yet in the twentieth thriller in the bestselling Dave Robicheaux series.Louisiana Sherriff’s Detective Dave Robicheaux and his longtime friend and partner Clete Purcel are vacationing in Montana’s spectacular Big Sky country when a series of suspicious events leads them to believe their lives—and the lives of their families—are in danger. In contrast to the tranquil beauty of Flathead Lake and the colorful summertime larch and fir unspooling across unblemished ranchland, a venomous presence lurks in the caves and hills, intent on destroying innocent lives. First, Alafair Robicheaux is nearly killed by an arrow while hiking alone on a trail. Then Clete’s daughter, Gretchen Horowitz, whom readers met in Burke’s previous bestseller Creole Belle, runs afoul of a local cop, with dire consequences. Next, Alafair thinks she sees a familiar face following her around town—but how could convicted sadist and serial killer Asa Surette be loose on the streets of Montana? Surrette committed a string of heinous murders while capital punishment was outlawed in his home state of Kansas. Years ago, Alafair, a lawyer and novelist, interviewed Surette in prison, aiming to prove him guilty of other crimes and eligible for the death penalty. Recently, a prison transport van carrying Surette crashed and he is believed dead, but Alafair isn’t so sure. Says The Plain Dealer (Cleveland), “Already designated a Grand Master by the Mystery Writers of America, Burke should get another title, say, for sustained literary brilliance in his Dave Robicheaux series.” Light of the World is a harrowing novel that examines the nature of evil and pits Dave Robicheaux against the most diabolical villain he has ever faced.
Also in This Series 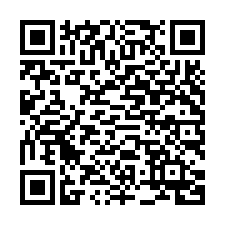