Legacy of the dead »

Legacy of the dead

Description
Rutledge's superior dispatches him to Durham to question the mother of a missing young woman. The weathered remains found on a windswept Scottish mountainside may be those of Eleanor Gray, but the imperious Lady Maude Gray will have to be handled delicately. This is not the only ground that Rutledge must tread carefully. The case will more than likely lead him on to Scotland, where many of Rutledge's ghosts rest uneasily.Scotland was the homeland of many of the young soldiers Rutledge led into battle - and, for far too many of them, to their deaths. And of Corporal Hamish MacLeod, the Highlander he shot for breaking on the battlefield. It is Hamish's voice, caustic and accusing, that haunts his waking moments and assesses his every action. Rutledge knows that in the Scottish countryside he will hear echoes of that condemning voice everywhere he turns.But he cannot know what else he will encounter as he follows the trail of Eleanor Gray's last movements. In the village of Duncarrick he will find a young mother who has been destroyed by a malicious campaign of gossip carried by anonymous letters. Now Fiona MacDonald stands accused of murdering the woman on that rugged mountain - and of taking the child of her victim to raise as her own. Rutledge owes this woman a terrible debt, driving him on a harrowing journey to find the truth - leading him back through the fires of his past, and into secrets that still have the power to kill.
Also in This Series 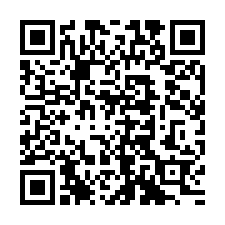