Eat, Sleep, Ride: how I braved bears, badlands and big breakfasts in my quest to cycle the Tour Divide

Description
For Paul Howard, who has ridden the entire Tour de France route during the race itself?setting off at 4 am each day to avoid being caught by the pros?riding a small mountain bike race should hold no fear. Still, this isn’t just any mountain bike race. This is the Tour Divide.

Running from Banff in Canada to the Mexican border, the Tour Divide is more than 2,700 miles?500 miles longer than the Tour de France. Its route through the heart of the Rocky Mountains involves more than 200,000 feet of ascent?the equivalent of climbing Mount Everest seven times.

The other problem is that Howard has never owned a mountain bike?and how will training on the South Downs in southern England prepare him for sleeping rough in the Rockies?

Undaunted, Howard swaps the smooth tarmac roads of France for the mud, snow, and ice of the Tour Divide, fending off grizzly bears, mountain lions, and moose. Buzzing roadside fans are replaced by buzzing mosquitoes. Battling bad weather, drinking whiskey with a cowboy, and singing karaoke with the locals, Howard's journey turned into more than just a race ? it became the adventure of a lifetime.
Also in This Series 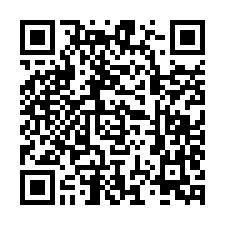