In the Blink of an Eye »

In the Blink of an Eye: Dale, Daytona, and the Day that Changed Everything 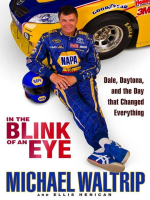 Description
Check back soon to read more details about In the Blink of an Eye by Michael Waltrip.
Also in This Series 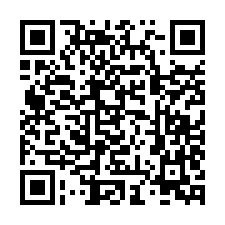 accelerated_reader_point_value
0
accelerated_reader_reading_level
0
author
Waltrip, Michael
author_display
Waltrip, Michael
available_at_addison
Online OverDrive Collection
detailed_location_addison
Online OverDrive Collection
display_description
There was one lap to go in the 2001 Daytona 500, NASCAR's most celebrated event. Michael Waltrip and Dale Earnhardt Jr. were running one-two. Junior's legendary dad, the driver race fans called "The Intimidator," was close behind in third, blocking anyone who might try to pass. Waltrip couldn't stop thinking about all the times he'd struggled to stay ahead — and the 462 NASCAR Cup races he'd lost without a single win. He'd been a race-car driver all his adult life, following in the footsteps of his brother Darrell, a three-time NASCAR champion. And his losing streak was getting more painful every race.
But this day, he knew, could be different. He was driving for Dale Earnhardt now, racing as a team with his close friend and mentor. Yet as his car roared toward the finish line, ending that losing streak once and for all, Waltrip had no clue that the greatest triumph of his life could get mired in terrible tragedy.
This is the story of that fateful afternoon in Daytona, a day whose echoes are still heard today. But the story begins years earlier in a small town in Kentucky, with a boy who dreamed of racing cars, a boy who was determined to go from go-karts to the highest levels of NASCAR. For the first time ever, Michael Waltrip tells the full, revealing story of how he got to Daytona, what happened there, and the huge impact it had on so many in the racing world. He reveals for the first time how his own life changed as he dealt with guilt, faced his grief, and searched for the fortitude to climb into a race car again. It's an inspiring and powerful story, told with Michael's trademark humor, honesty, and irreverence. It's a story of family, fulfillment, and redemption — and well-earned victory in the end.
format_addison
eBook
format_category_addison
eBook
id
455ce002-8b46-6ac2-b72a-d48312afec7d
isbn
9780316332439
9781401396534
last_indexed
2023-01-31T10:16:13.615Z
lexile_score
-1
literary_form
Non Fiction
literary_form_full
Non Fiction
local_callnumber_addison
Online OverDrive
owning_library_addison
Addison Public Library Online
owning_location_addison
Online OverDrive Collection
primary_isbn
9781401396534
publishDate
2011
publisher
Hachette Books
recordtype
grouped_work
title_display
In the Blink of an Eye Dale, Daytona, and the Day that Changed Everything
title_full
In the Blink of an Eye Dale, Daytona, and the Day that Changed Everything
title_short
In the Blink of an Eye
title_sub
Dale, Daytona, and the Day that Changed Everything
topic_facet
Biography & Autobiography
Nonfiction
Sports & Recreations