Description
"Lean forward, grab on, and ride for adventure." So says Library Journal of J. A. Jance's last J. P. Beaumont mystery, Without Due Process. Now Jance's veteran police sleuth is back in Failure to Appear, tracking an insanely clever killer through the well-heeled world of actors, stage folk, and arts patrons.
Beaumont doesn't exactly have a simple life, solving murders as one of the Rainy City's finest, staying sober one day at a time, and dealing with his frustrating new girlfriend. But when his eighteen-year-old daughter, Kelly, runs away to join a theatrical commune and announces her plans to marry a krumhorn-playing thespian, Beau hits the wall. He has no choice but to follow her south to the Oregon Shakespeare Festival, thereby landing himself a part in a modern-day Greek tragedy.
Murder enters stage left. One of Beau's unsavory acquaintances turns up very messily dead, and the Festival's beloved Juliet, Tanya Dunseth, is the star suspect. Trying to please a headstrong daughter, a difficult girlfriend, and an implacable exwife, Beau agrees to do what he can to clear the actress of the charge. Then a second corpse makes an appearance soon after the mysterious arrival of a kiddie porn tape featuring a very young Tanya in the leading role. Way off his beat, and faced with a territorial local cop who doesn't appreciate out-of-town help, Beau races against time to sort through the tangled plot lines before the final act of this deadly revenge play comes to life.
With fascinating characters and tight plotting, Jance tells the story in the unflappable Beaumont style that her readers love and have come to expect. In Failure to Appear, she takes us to new turns in Beau's life and new heights of storytelling magic.
Also in This Series 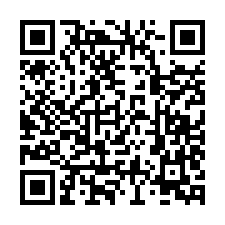