Description
After a demanding book tour, superstar mystery novelist Grace McCabe decides to visit her sister, Kathleen, who&;s embroiled in a custody battle after a bitter divorce. Arriving in D.C., Grace is shocked to find Kathleen living in a run-down neighborhood and, hoping to afford a hotshot lawyer, supplementing her meager teacher&;s salary by moonlighting as a phone sex operator. According to Kathleen, Fantasy, Inc., guarantees its employees ironclad anonymity. But Grace has her doubts&;which are confirmed one horrifying cherry-blossom-scented night when one of Fantasy, Inc.&;s operators is murdered. As Grace is drawn to help solve the crime, her life turns into a scene from one of her own books. Yet as one of her biggest fans, investigator Ed Jackson, warns her: This isn&;t fiction. Real people die&;and Grace could be next. For she&;s setting a trap for a killer more twisted than anything she could imagine. And not even Ed may be able to protect her from a rendezvous with lust and death.
Also in This Series 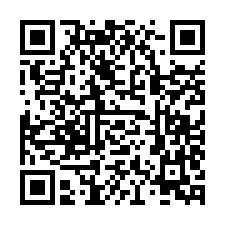