Caveat emptor: a novel of the Roman Empire 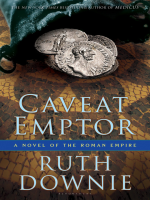 In her fourth novel, Ruth Downie brings to life the corruption and treachery of Roman-occupied Britain, as it closes in on her winsome leading man, Gaius Petreius Ruso.

Ruso and Tilla, now newlyweds, have moved back to Britannia, where Ruso's old friend and colleague Valens has promised to help him find work. But it isn't the kind of work he'd had in mind-Ruso is tasked with hunting down a missing tax man named Julius Asper.

Of course, there's also something else missing: money. And the council of the town of Verulamium is bickering over what's become of it. Compelled to delve deeper by a threat from his old sparring partner, Metellus, Ruso discovers that the good townsfolk may not be as loyal to Rome as they like to appear.

While Tilla tries to comfort Asper's wife, an anonymous well-wisher is busy warning the couple to get away from the case before they get hurt. Despite our hero's best efforts to get himself fired as investigator, he and his bride find themselves trapped at the heart of an increasingly treacherous conspiracy involving theft, forgery, buried treasure, and the legacy of Boudica, the Rebel Queen.

Ruth Downie the author of the New York Times bestselling Medicus, Terra Incognita, and most recently Persona Non Grata. A part-time librarian, she is married with two sons and lives in Milton Keynes, England. 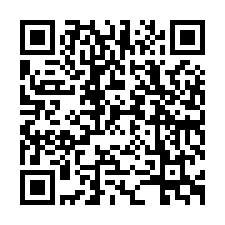