The snake, the crocodile, and the dog

Description
A brand-new Elizabeth Peters novel is one of the uncompromising pleasures in life. As Peter Theroux in the New York Times Book Review points out, "Her wonderfully witty voice and her penchant for history lessons of the Nile both ancient and modern keep (her) high adventure moving for even the highest brows". In her previous outing, The Last Camel Died at Noon, Amelia Peabody and her dashing husband, Emerson, discovered a fabulous lost oasis in the Nubian desert. Now, in the seventh mystery in the series, the Emerson-Peabodys are traveling up the Nile once again to encounter their most deadly adversary, the Master Criminal, who is back at his sinister best. Amelia Peabody was unabashedly proud of her newest translation, a fragment of the ancient fairytale "The Doomed Prince". Later, she would wonder why no sense of foreboding struck her as she retold the story of the king's favorite son who had been warned that he would die from the snake, the crocodile, or the dog. Little did she realize, as she and her beloved husband sailed blissfully toward the pyramids of ancient Egypt, that those very beasts (and a cat as well) would be part of a deadly plot. The expedition began so happily....Leaving their delightful, but catastrophically precocious, son, Ramses, back in England, Amelia hoped this romantic trip might rejuvenate her thirteen-year-old marriage and bring back the thrills that she feared were fading. She and her dear Emerson were returning to the remote desert site where they had first fallen in love, Amarna, the holy city of Akhenaton and his beautiful queen, Nefertiti. But their return would threaten not only their marriage, but their very lives with perils as chilling as a mummy'scurse. An old enemy was determined to learn Amelia and Emerson's most closely guarded secret: the location of a legendary long-lost oasis and a race of people bedecked in gold. So cunning was his scheme that Amelia might ove
Also in This Series 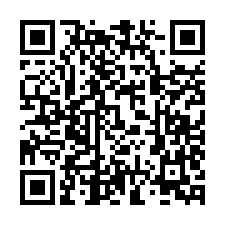