Description
For decades, Clive Cussler has been delighting readers with novels filled with suspense, action, and sheer audacity. Now he does it again, in one of the wildest, most entertaining historical thrillers in years. April 1950: The rusting hulk of a steam locomotive rises from the deep waters of a Montana lake. Inside is all that remains of three men who died forty-four years before. But it is not the engine or its grisly contents that interest the people watching nearby. It is what is about to come next . . . 1906: For two years, the western states of America have been suffering an extraordinary crime spree: a string of bank robberies by a single man who cold- bloodedly murders any and all witnesses and then vanishes without a trace. Fed up by the depredations of the "Butcher Bandit," the U.S. government brings in the best man they can find-a tall, lean, no-nonsense detective named Isaac Bell, who has caught thieves and killers coast to coast. But Bell has never had a challenge like this one. From Arizona to Colorado to the streets of San Francisco during its calamitous earthquake and fire, he pursues what is quickly becoming clear to him is the sharpest criminal mind he has ever encountered, and the woman who seems to hold the key to the bandit's identity. Using science, deduction, and intuition, Bell repeatedly draws near only to grasp at thin air, but at least he knows his pursuit is having an effect. Because his quarry is getting angry now, and has turned the chase back on him. The hunter has become the hunted. And soon it will take all of Isaac Bell's skills not merely to prevail . . . but to survive. Filled with intricate plotting, dazzling signature set pieces, and not one but two extraordinary villains, this is the work of a master writing at the height of his powers.
Also in This Series 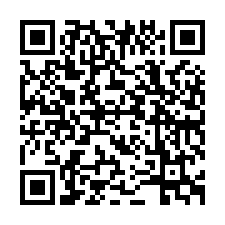