One in a Million »

One in a Million

Description
One in a million—that's what widow Stephanie Wynne figured her chances were of finding a man who could help her raise her kids instead of acting like one himself. After experiencing that with her late husband, she was happy to finally be in control of her own life. Sure, it could get a little lonely, but there were ways around that….FBI negotiator Nash Harmon was trained to be cool and detached in every situation. But when he came to Stephanie's B&B, there was something about her lively family that drew him in, and for the first time in his life he understood why people had ties.Only Stephanie didn't want ties…at least, not to him. It would be his toughest negotiation, the odds were against him, but somehow Nash would convince her that she had, indeed, found the one.BONUS BOOK INCLUDED IN THIS VOLUME!A Dad for Her Twins by Tanya MichaelsKenzie Green wasn’t looking for a man to complete her family. Yet her enigmatic neighbor, Jonathan Trelauney, seemed to know just how to handle her children. Can JT make Kenzie see he’s the right man for her twins…and for her?
Also in This Series 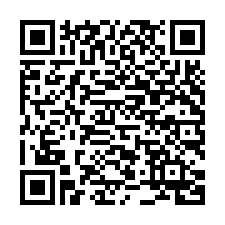