Description
Connor, Lev, and Risa deal with the fallout of their rebellion in this riveting second book in the suspenseful, New York Times bestselling Unwind Dystology series by Neal Shusterman.

Thanks to Connor, Lev, and Risa'and their high-profile revolt at Happy Jack Harvest Camp'people can no longer turn a blind eye to unwinding. Ridding society of troublesome teens while simultaneously providing much-needed organs for transplant might be convenient, but its morality has finally been brought into question.

But unwinding is a big business, and there are powerful political and corporate interests that want to see it not only continue, but also expand to the unwinding of prisoners and the impoverished. And the minds behind unwinding have already begun pushing its boundaries.

Cam is the first 'rewound," a futuristic Frankenstein's monster who does not technically exist and is made entirely out of unwinds' body parts. He struggles with his identity and the question of whether he has a soul. And when the actions of a sadistic bounty hunter inextricably bind Cam's fate with the those of Connor, Risa, and Lev, Cam comes to question humanity itself.
Also in This Series 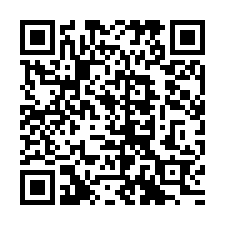