Virtues of War: A Novel of Alexander the Great 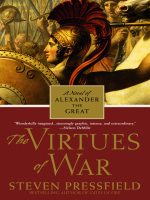 Alexander the Great (356–323 B.C.) ascended to the throne of Macedon at the age of twenty. He fought his greatest battles—including the conquest of the mighty Persian Empire—before he was twenty-five and died at the age of thirty-three, still undefeated by any enemy. His reputation as a supreme warrior and leader of men is unsurpassed in the annals of history.

In the brilliantly imagined first-person voice of Alexander the Great, acclaimed novelist Steven Pressfield brings to life his epic battles, his unerring command of his forces, and the passions and ambitions that drove him. A full-blooded, multidimensional portrait, THE VIRTUES OF WAR captures Alexander’s complex character. Alexander was a fearless commander who moved with such daring and speed that no army could withstand him; a driven leader whose ambitions knew no limits; and a man with boundless compassion for his troops, deep friendships with his generals, and profound respect for his enemies. Yet in the end, his noble qualities were subsumed by his insatiable lust for glory.

No one writes about battles as brilliantly as Pressfield, and in THE VIRTUES OF WAR he vividly describes the seminal conflicts of Alexander’s career, revealing the tactics behind them and capturing the blood, heat, and terror of the battlefield. He follows Alexander’s forces as they faced and defeated armies that far outnumbered them; delivers a thrilling frontline report from Gaugamela, the scene of Alexander’s greatest victory; and, in a memorable vignette, shows the great conqueror finally halted, not by an enemy but by the refusal of his worn-out troops to march any farther.

Epic in scope and magisterial in tone, THE VIRTUES OF WAR is sure to take its place among the classics of historical fiction. 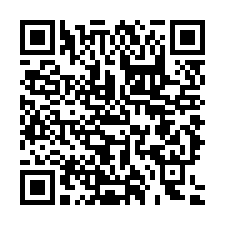 accelerated_reader_point_value
0
accelerated_reader_reading_level
0
author
Pressfield, Steven
author_display
Pressfield, Steven
available_at_addison
Online OverDrive Collection
detailed_location_addison
Online OverDrive Collection
display_description
I have always been a soldier. I have known no other life. So begins Alexander’s extraordinary confession on the eve of his greatest crisis of leadership. By turns heroic and calculating, compassionate and utterly merciless, Alexander recounts with a warrior’s unflinching eye for detail the blood, the terror, and the tactics of his greatest battlefield victories. Whether surviving his father’s brutal assassination, presiding over a massacre, or weeping at the death of a beloved comrade-in-arms, Alexander never denies the hard realities of the code by which he lives: the virtues of war. But as much as he was feared by his enemies, he was loved and revered by his friends, his generals, and the men who followed him into battle. Often outnumbered, never outfought, Alexander conquered every enemy the world stood against him–but the one he never saw coming. . . .
BONUS: This edition contains an excerpt from Steven Pressfield's The Profession.
format_addison
eBook
format_category_addison
eBook
id
4bf383e3-296b-ac58-24d1-a39f5182b1ae
isbn
9780553902006
last_indexed
2022-12-05T11:12:30.732Z
lexile_score
-1
literary_form
Fiction
literary_form_full
Fiction
local_callnumber_addison
Online OverDrive
owning_library_addison
Addison Public Library Online
owning_location_addison
Online OverDrive Collection
primary_isbn
9780553902006
publishDate
2005
publisher
Random House Publishing Group
recordtype
grouped_work
title_display
Virtues of War A Novel of Alexander the Great
title_full
Virtues of War A Novel of Alexander the Great
title_short
Virtues of War
title_sub
A Novel of Alexander the Great
topic_facet
Fiction
Historical Fiction
Literature
Thriller