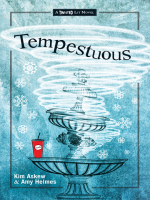 Description
After a mistake with big financial consequences topples her throne, former "it girl" Miranda Prospero is bitter: she finds herself stranded in a crazed new world, holding court among geeks and misfits at a mall Hot Dog Kabob stand. Then, she gets her chance for revenge. When the storm of the decade snows in the mall workers and last-minute shopaholics for a long winter's night, Miranda sets out to get back at the catty clique who was behind her exile. But there's a complication. She somehow gets handcuffed to sullen loner Caleb. With him (literally) bound to her side, Miranda learns more in one night about her own heart, and human nature, than she ever did as prep royalty. With this twisted take on Shakespeare's The Tempest, authors Kim Askew and Amy Helmes prove again that, from Juliet's grief to Cordelia's rage, no one knew about teen angst better than the Bard. His wisdom holds up nearly half a millennium later.
Also in This Series 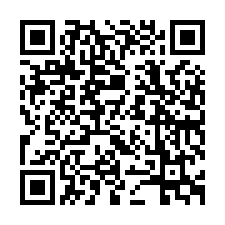 "An absolute riot! You don't have to be a Shakespeare fan to fall in love with these books. It's the best new young adult series of the year!" —Jack and Jill magazine

Banished by her school's popular crowd, former "it girl" Miranda Prospero has landed in a brave new world: holding dominion amongst geeks and misfits at the food court of a local mall. When a snowstorm lays siege to mall workers and shoppers alike, the beguiling heroine seeks revenge against the catty clique behind her social exile. In this spirited take on Shakespeare's The Tempest, Miranda uses charm, trickery, and her legion of dweeby cohorts to set things right, learning more in one night about her own heart and human nature than she ever did as high school royalty.