Double Fold: libraries and the assault on paper 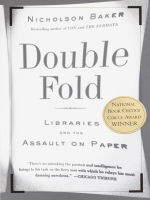 Description
The ostensible purpose of a library is to preserve the printed word. But for fifty years our country's libraries'including the Library of Congress'have been doing just the opposite, destroying hundreds of thousands of historic newspapers and replacing them with microfilm copies that are difficult to read, lack all the color and quality of the original paper and illustrations, and deteriorate with age.

With meticulous detective work and Baker's well-known explanatory power, Double Fold reveals a secret history of microfilm lobbyists, former CIA agents, and warehouses where priceless archives are destroyed with a machine called a guillotine. Baker argues passionately for preservation, even cashing in his own retirement account to save one important archive'all twenty tons of it. Written the brilliant narrative style that Nicholson Baker fans have come to expect, Double Fold is a persuasive and often devastating book that may turn out to be The Jungle of the American library system.
Also in This Series 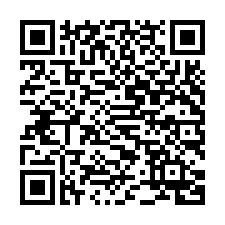