Description
NEW YORK TIMES&#160;BESTSELLER &;&#160;&;A legal thriller that&;s comparable to classics such as Scott Turow&;s&#160;Presumed Innocent&#160;. . . tragic and shocking.&;&;Associated PressNOW AN EMMY-NOMINATED ORIGINAL&#160;STREAMING SERIES &;&#160;NAMED ONE OF THE BEST BOOKS OF THE YEAR BY&#160;Entertainment Weekly&#160;&;&#160;Boston Globe&#160;&;&#160;Kansas City StarAndy Barber has been an assistant district attorney for two decades. He is respected. Admired in the courtroom. Happy at home with the loves of his life: his wife, Laurie, and their teenage son,&#160;Jacob. Then Andy&;s quiet suburb is stunned by a shocking crime: a young boy stabbed to death in a leafy park. And an even greater shock: The accused is Andy&;s own son&;shy, awkward, mysterious&#160;Jacob.Andy believes in&#160;Jacob&;s innocence. Any parent would. But the pressure mounts. Damning evidence. Doubt. A faltering marriage. The neighbors&; contempt. A murder trial that threatens to obliterate Andy&;s family. It is the ultimate test for any parent: How far would you go to protect your child? It is a test of devotion. A test of how well a parent can know a child. For Andy Barber, a man with an iron will and a dark secret, it is a test of guilt and innocence in the deepest sense.How far would&#160;you&#160;go?Praise for Defending Jacob&;A novel like this comes along maybe once a decade . . . a tour de force, a full-blooded legal thriller about a murder trial and the way it shatters a family. With its relentless suspense, its mesmerizing prose, and a shocking twist at the end, it&;s every bit as good as Scott Turow&;s great&#160;Presumed Innocent. But it&;s also something more: an indelible domestic drama that calls to mind&#160;Ordinary People&#160;and&#160;We Need to Talk About Kevin. A spellbinding and unforgettable literary crime novel.&;&;Joseph Finder&;Defending Jacob&#160;is smart, sophisticated, and suspenseful&;capturing both the complexity and stunning fragility of family life.&;&;Lee Child&;Powerful . . . leaves you gasping breathlessly at each shocking revelation.&;&;Lisa Gardner&;Disturbing, complex, and gripping,&#160;Defending Jacob&#160;is impossible to put down. William Landay is a stunning talent.&;&;Carla Neggers&;Riveting, suspenseful, and emotionally searing.&;&;Linwood Barclay
Also in This Series 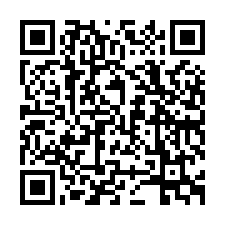