Island beneath the sea »

Island beneath the sea: a novel

&;Allende is a master storyteller at the peak of her powers.&; &; Los Angeles Times

From the sugar plantations of Saint-Domingue to the lavish parlors of New Orleans at the turn of the 19th century, the latest novel from New York Times bestselling author Isabel Allende (In&#233;s of My Soul, The House of the Spirits, Portrait in Sepia) tells the story of a mulatta woman, a slave and concubine, determined to take control of her own destiny.

Born a slave on the island of Saint-Domingue, Zarit&#233;&;known as T&#233;t&#233;&;is the daughter of an African mother she never knew and one of the white sailors who brought her into bondage. T&#233;t&#233; surivves a childhood of brutality and fear, finding solace in the traditional rhythms of African drums and in her exhilarating initiation into the mysteries of voodoo.

When twenty-year-old Toulouse Valmorain arrives on the island in 1770, he discovers that running his father&;s plantation, Saint Lazare, is neither glamorous nor easy. Marriage also proves problematic when, eight years later, he brings home a bride. But it is his teenaged slave T&#233;t&#233; who becomes Valmorain's most inportant confindant.&#160;&#160;

A heartwrenching and powerful story story of an extraordinary woman who forges her identity and finds love and freedom under the cruelest of circumstances. Isabelle Allende has done it again. 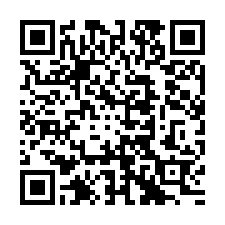