Jane and the Unpleasantness... »

Jane and the Unpleasantness at Scargrave Manor

Description
"I would rather spend an hour among the notorious than two minutes with the dull." To Jane Austen's surprise, her visit to the snowy Hertfordshire estate of young and beautiful Isobel Payne, Countess of Scargrave, will be far from dull. She has scarcely arrived when the Earl - a gentleman of mature years - is felled by a mysterious ailment too agonizing and violent to credit to a fondness for claret and pudding. Scargrave's death seems a cruel blow of fate for Isobel, married but three months. Yet the bereaved widow soon finds that it's only the beginning of her misfortune ... as she receives a sinister missive accusing her and the Earl's nephew of adultery - and murder.
Desperately afraid that the letter will expose her and Viscount Fitzroy Payne, for whom she bears a secret tendresse, to the worst sort of scandal, Isobel begs her friend Jane for help. Which is how Jane finds herself embroiled in an investigation that hinges on the motives of Scargrave Manor's guests.
Still, Jane is troubled by memories of the Earl's tragic demise. And when the menacing letter writer is found bloodily dispatched, in circumstances that overwhelmingly incriminate Isobel and Lord Payne, Jane knows that there is no time to waste in discovering the truth. A missing locket, a monogrammed handkerchief, an ancestral ghost, and the deadly fruit of a tropical tree are among the markers of a trail that will lead all the way to the House of Lords and Newgate Prison - and may well place Jane's own person in the gravest jeopardy.
Also in This Series 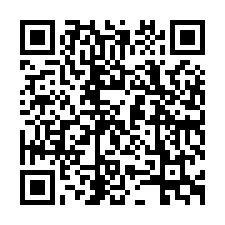