Description
From the award-winning author of One False Move comes Harlan Coben's most mesmerizing and emotionally charged novel to date.

Myron Bolitar, sports agent and reluctant sleuth, is happily basking in the sun of the Caribbean, clearing his head with a woman he hardly knows, when Win, his loyal but morally questionable sidekick, arrives to tell him that Esperanza, Myron's partner at MB SportsReps and best friend, has been arrested for the murder of Clu Haid, a fallen baseball star and Bolitar client.

Myron returns to the city immediately to prove Esperanza's innocence. But she isn't speaking. And neither is her lawyer, except to say that Myron and Win should keep their distance lest they hurt her case. But he is determined to help her, even against her own wishes--because, for Myron, this one is personal.

As he plunges into his most difficult and bizarre case yet, Myron finds himself scouring the strangest angles: a transsexual nightclub, a Yankee owner with a long-lost daughter, a dubious drug test, an impossible murder scene, and a computer disk with the image of a disintegrating girl. And as he tries to unearth a killer amid a tangled trail of lies, Myron's own investigation points to only one other suspect: himself . . . as this spellbinding novel twists, jolts, and careens toward its dazzling finish.
Also in This Series 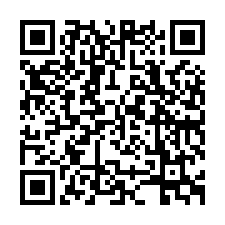