Description
Read the fifth book in the New York Times bestselling The Secrets of the Immortal Nicholas Flamel series, perfect for fans of The Maze Runner and Percy Jackson and the Olympians.The twins of prophecy have been divided--the end has begun.Alcatraz:Although their ally Dr. John Dee has been declared utlaga, Machiavelli and Billy the Kid will follow the plans the Elders have laid before them: they will loose the monsters of Alcatraz on the city of San Francisco, thereby triggering the end of the humani race.Danu Talis:The Shadowrealm that Scatty and Joan of Arc have entered is far more dangerous than they could ever have imagined. And they haven't landed here by chance--the warriors were called for a reason. So were Saint-Germain, Palamedes, and Shakespeare. The group was summoned because they must travel back in time to Danu Talis and destroy it. For the island of Danu Talis, known in humani myth as the lost city of Atlantis, must fall if the modern world is to exist.San Francisco:The end is finally near. Josh Newman has chosen a side, and he will not stand with his sister, Slophie, or the Alchemyst, Nicholas Flamel. He will fight alongside Dee and the mysterious Virginia Dare.Unless Sophie can find her twin before the battle begins, all is lost--forever.Praise for The Secrets of the Immortal Nicholas Flamel series: The Alchemyst [STAR] “[A] A riveting fantasy…While there is plenty here to send readers rushing to their encyclopedias…those who read the book at face value will simply be caught up in the enthralling story. A fabulous read.”—School Library Journal, Starred The Magician [STAR] “Readers will be swept up by a plot that moves smartly along, leaving a wide trailer of destruction and well-timed revelations.”—Kirkus Reveiws, Starred The Sorceress “Master yarnspinner that he is, Scott expertly cranks up the suspense while keeping his now-large cast in quick motion….This page –turner promises plenty of action to come.”—Kirkus Reviews The Necromancer“Unrelenting forward momentum….This book will thrill fans.”—School Library JournalFrom the Hardcover edition.
Also in This Series 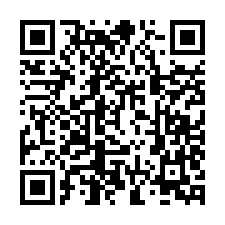