Description
The first disturbing report reaches Presidential Agent Charley Castillo as he sits down for Christmas Day dinner. The caller on the Virginia safe house's secure line confirms that an investigative reporter working for Castillo's European newspapers - and snooping after German and Russian thieves involved in the Iraqi Oil-for-Food scandal - has been brutally murdered in Marburg.
Next comes the call from the director of National Intelligence, who asks if Castillo knows anything about the Kuhls - an Austrian couple serving as Central Intelligence Agency deep-cover assets since World War II - who were just found dead in a Vienna park, strangled by stainless steel garrotes.
And within hours Castillo learns of two assassination attempts on Christmas Eve: U.S. Secret Service Special Agent Jack Britton and his wife in Philadelphia and Gendarmeria Nacional Comandante Liam Duffy and his wife and children in Buenos Aires. All narrowly escaped automatic weapons fire from assailants unknown - unknown except for the fact that the hits were professional.
As Castillo shares the news with his group of troubleshooters in the innocuously-named Office of Organizational Analysis - a menacing mix of military and former CIA, FBI, Secret Service and other agents - two conclusions are immediately reached.
One: These are no coincidences - this is payback. Two: Delta Force Lieutenant Colonel C.G. Castillo likely is the next target.
Operating the OOA under a Top Secret Presidential Finding and reporting only to the President of the United States, Castillo has made more than a few enemies, both foreign and domestic. Confiscating some sixty million illicit dollars and leaving a trail of dead bad guys top the list of reasons why.
Still, it's the question of "Who?" that has everyone watching their backs. South American drug lords angry that Castillo's helicopters destroyed their manufacturing plant during his clandestine rescue of a DEA agent?
Muslim extremists wanting revenge for Castillo finding and stealing back the explosives-filled 727 aircraft that the terrorists were going to crash into the Liberty Bell?
Ex-members of AVH and Stasi - former Hungarian and East German secret police - ruthless professionals infamous for their use of garrotes?
As Castillo and his operatives try to connect the dots, two Russian SVR rezidents turn his world upside down. They want to defect - but to Castillo, not the CIA, which already is bragging it bagged the pair. And being top-level foreign intelligence service officers, they bear him great gifts ... including what they claim is Russian intel about who's making weapons of mass destruction and where. There's more than one big surprise in all this for Presidential Agent C.G. Castillo ... if he can stay alive.
Also in This Series 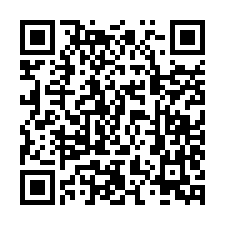