The Lady in the Tower »

The Lady in the Tower: The Fall of Anne Boleyn 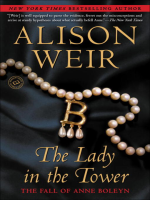 Description
The imprisonment and execution of Queen Anne Boleyn, Henry VIII's second wife, in 1536 was unprecedented in English history and never before has there been a book devoted entirely to her fall. But here Alison Weir has reassessed the evidence and created a richly researched and detailed portrait of the last days of one of the most influential and important figures in English history.
Also in This Series 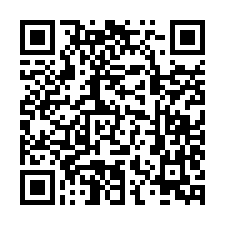 The tempestuous love affair between Henry VIII and Anne Boleyn scandalized Christendom and altered forever the religious landscape of England. Anne's ascent from private gentlewoman to queen was astonishing, but equally compelling was her shockingly swift downfall. Charged with high treason and imprisoned in the Tower of London in May 1536, Anne met her terrible end all the while protesting her innocence. There remains, however, much mystery surrounding the queen's arrest and the events leading up to it: Were charges against her fabricated because she stood in the way of Henry VIII making a third marriage and siring an heir, or was she the victim of a more complex plot fueled by court politics and deadly rivalry?

The Lady in the Tower examines in engrossing detail the motives and intrigues of those who helped to seal the queen's fate. Weir unravels the tragic tale of Anne's fall, from her miscarriage of the son who would have saved her to the horrors of her incarceration and that final, dramatic scene on the scaffold. What emerges is an extraordinary portrayal of a woman of great courage whose enemies were bent on utterly destroying her, and who was tested to the extreme by the terrible plight in which she found herself.

Richly researched and utterly captivating, The Lady in the Tower presents the full array of evidence of Anne Boleyn's guilt—or innocence. Only in Alison Weir's capable hands can readers learn the truth about the fate of one of the most influential and important women in English history.