Description
In Ill Wind, Barr's powerful new novel, Park Ranger Anna Pigeon confronts death among the ruins.
Colorado's Mesa Verde National Park is noted for its well-preserved cliff dwellings, the sole legacy of the Anasazi civilization, which vanished without any other trace in the twelfth century. Separated from friends and family and haunted by personal demons, Anna finds solace in these quiet ruins, their pinon-scented turrets and towers backlit by the fading blue of distant mountain ranges.
But the rugged beauty of the park and the mystery of the Anasazi are cruelly overshadowed by danger and death. An unusually high number of medical rescues and the unexpected death of an asthmatic child are followed by the sudden demise of a fellow ranger who is found neatly curled up in one of the ancient kivas, his hat and shoes at his side. Anna had thought she'd found a friend in this man, had seen him as a kindred spirit, but his death transforms him into an enigma. Puzzled and more deeply wounded than she'd ever dare admit, Anna immerses herself in the ensuing investigation. As she sifts through shifting loyalties and struggles to honor the past, she must face forces both seen and unseen which threaten her career - and her very life.
Also in This Series 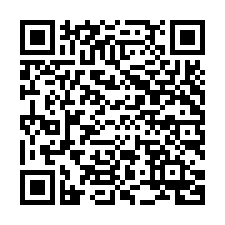