The Golden Fleece and the... »

The Golden Fleece and the Heroes Who Lived Before Achilles 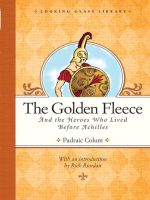 Description
First published in 1921, "The Golden Fleece and The Heroes Who Lived Before Achilles" by the acclaimed and award-winning children's author Padraic Colum is a classic retelling of the ancient mythological tales of Jason and the Argonauts and their quest for the Golden Fleece. Woven into this volume of Greek mythology are also the stories of the creation of the heavens and the earth, Zeus's battle with the Titans, Pandora's box, Persephone in the Underworld with Hades, and the adventures of the hero Heracles. Born in 1881 in Ireland, Colum first rose to fame as a playwright and poet in Dublin and became a leading figure in the Irish Literary Revival. In 1914, Colum and his wife came to the United States and remained there for most of the rest of their lives. Once in America, Colum began to write children's literature, beginning with the retelling of Irish folklore and eventually turning his skills to myth and folklore from all over the world, making these classic tales accessible to children. With illustrations by Willy Pogany and Colum's wonderful prose, these ancient myths are masterfully brought to life.
Also in This Series 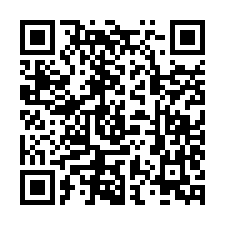