Aunt Dimity and the duke »

Aunt Dimity and the duke

Description
Emma Porter is forty, fat, and frumpy - and a passionate amateur gardener. When her longtime lover dumps her for a younger woman, Emma escapes the cloying sympathy of family and friends by setting out on a summer-long driving tour of England's glorious gardens. At her first stop, Bransley Manor, she meets the Pym sisters - a delightfully eccentric pair of identical twins who are close friends and confidantes of the mysterious Aunt Dimity. The Pyms - with Aunt Dimity's help - derail Emma's tour by sending her to savor the little-known private gardens of Penford Hall.
Penford Hall, a sprawling Gothic manor house set high on the cliffs of Cornwall, is awaiting a miracle. Once every hundred years - so the family legend goes - an ancient artifact known as the Lady's Lantern must light of its own accord or the Penford line will come to an ignominious end. Grayson Alexander, the fourteenth duke of Penford, fears that he may also be the last duke of Penford, for the Lady's Lantern is missing and he has mere months in which to recover it.
Grayson is distracted from the search by his beautiful but vindictive cousin Ashers, a fading fashion model who suspects him of nothing less than the murder of the obnoxious rock singer Lex Rex, and by the dreadful state of Grandmother's garden, which must be restored to its former glory.
Enter Emma, who accepts Grayson's invitation to stay on at Penford Hall, beguiled by the garden's forlorn beauty, smitten by a bad case of love-at-first-sight for grieving widower Derek Harris - a fellow houseguest and another of Aunt Dimity's many friends - and filled with the delicious conviction that there's more than one mystery to be solved at Penford Hall.
Emma's hunch is chillingly confirmed when she finds Ashers sprawled facedown and bleeding at the bottom of the garden's uneven steps. She's barely alive - and though Emma herself has wished Ashers to vaporize at times, someone else clearly had something more permanent in mind.
Emma is determined to stay on at the Hall, bringing the garden back to its former glory while unraveling the mystery of Ashers's "accident" and searching for the legendary lantern. Guided by Aunt Dimity's unseen hand, Emma finds herself coming back to life as she discovers the secrets of Penford Hall and the beauty of unexpected love come to full bloom.
Also in This Series 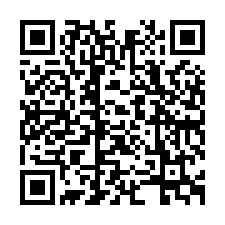