Description
"Readers familiar with Barr's entertaining national park mystery series know that Anna rarely finds tranquility in God's country. Her fans can only be grateful that there are still plenty of national parks left for Anna Pigeon to visit." (People)

When Anna answers a call to historic Mt. Locust, once a producing plantation and inn on Mississippi's Natchez Trace Parkway and now a tourist spot, the last thing she expects to encounter is murder. But the man Anna finds in the stand's old bedroom is no tourist in distress. He's nearly naked, and very dead, his body bearing marks consistent with an S&M ritual gone awry. On a writing table nearby is an open Bible, ominous passages circled in red.

It seems the deceased is the brother of Raymond Barnette, local undertaker and a candidate for sheriff, who wants to keep any hint of kinkiness out of the minds of the God-fearing populace. Ray may be hiding a house full of secrets in the old family homestead, but before Anna can start her investigation, she's waylaid by malevolent poachers, peevish coworkers, and a suddenly turbulent romantic life. And when hidden agendas and old allegiances are revealed, it's suddenly Anna's life that's on the line.

Tightly plotted, brilliantly suspenseful, and beautifully written, Hunting Season offers solid evidence that mankind can be as unpredictable and dangerous as the great outdoors.
Also in This Series 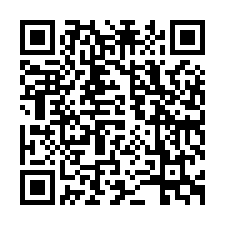