Description
In four short years, John Sandford's rise has been meteoric. Critics and readers everywhere have hailed his "cracklingly authentic" (Los Angeles Times), "trimmed-to-the-bone" (Chicago Tribune) thrillers, and more than three and a half million copies of his four bestselling novels are in print. Few writers have explored the human dark side with as much insight and unpredictability - and now, in his fifth Lucas Davenport novel, he has created his most spellbinding story of all.
It is winter in the remote, dark Wisconsin woods, but the chill in the local sheriff's bones has nothing to do with the weather. The extravagance of the crime is new to him: the murdered man, woman and child; the machete-like knife through the man's head; the ashes of the fire-consumed house spread over the ice and snow. In desperation, the sheriff turns for help to the reclusive lawman he'd heard had a cabin up here, and with reluctance Davenport agrees, but it is a decision he will soon have reason to regret. For this is a kind of criminal new to him, too. As he sifts through the ashes of the case itself, other crimes, shocking to his carefully hardened shell, emerge, and it becomes clear that there is an evil in these woods, an evil at once alien to him and closer than he can imagine ... and against which even his skills may not prevail.
Sandford's previous novels have displayed a brilliance of characterization and pace that have made them instant favorites. But this one is his masterpiece. Rich, complex and full of extraordinary people, it is a breathtaking work of suspense.
Also in This Series 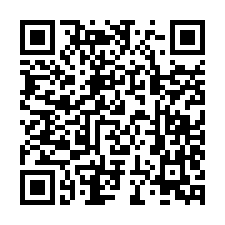