“If you haven’t read Sandford yet, you have been missing one of the great summer-read novelists of all time.”—Stephen King,Entertainment Weekly

Murder, scandal, political espionage, and an extremely dangerous woman. Lucas Davenport’s going to be lucky to get out of this one alive.

Very early one morning, a Minnesota political fixer answers his doorbell. The next thing he knows, he’s waking up on the floor of a moving car, lying on a plastic sheet, his body wet with blood. When the car stops, a voice says, “Hey, I think he’s breathing,” and another voice says, “Yeah? Give me the bat.” And that’s the last thing he knows.

Davenport is investigating another case when the trail leads to the man’s disappearance, then—very troublingly—to the Minneapolis police department, then—most troublingly of all—to a woman who could give Machiavelli lessons. She has very definite ideas about the way the world should work, and the money, ruthlessness, and sheer will to make it happen.

No matter who gets in the way.

Filled with John Sandford’s trademark razor-sharp plotting and some of the best characters in suspense fiction,Silken Prey is further evidence for why the Cleveland Plain Dealer called the Davenport novels “a perfect series,” and Suspense Magazine wrote, “If you haven’t read any of the Prey series, you need to jump on board right this second.”
Also in This Series 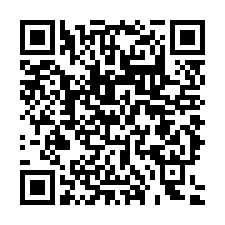