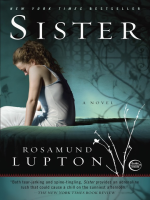 "Lupton enters the highly charged ring where the best psychological detective writers spar... Like Kate Atkinson, Patricia Highsmith and Ruth Rendell… Both tear-jerking and spine-tingling,Sister provides an adrenaline rush that could cause a chill on the sunniest afternoon." –The New York Times Book ReviewWhen her mom calls to tell her that Tess, her younger sister, is missing, Bee returns home to London on the first flight. She expects to find Tess and give her the usual lecture, the bossy big sister scolding her flighty baby sister for taking off without letting anyone know her plans. Tess has always been a free spirit, an artist who takes risks, while conservative Bee couldn’t be more different. Bee is used to watching out for her wayward sibling and is fiercely protective of Tess (and has always been a little stern about her antics). But then Tess is found dead, apparently by her own hand.Bee is certain that Tess didn’t commit suicide. Their family and the police accept the sad reality, but Bee feels sure that Tess has been murdered. Single-minded in her search for a killer, Bee moves into Tess's apartment and throws herself headlong into her sister's life--and all its secrets. Though her family and the police see a grieving sister in denial, unwilling to accept the facts, Bee uncovers the affair Tess was having with a married man and the pregnancy that resulted, and her difficultly with a stalker who may have crossed the line when Tess refused his advances. Tess was also participating in an experimental medical trial that might have gone very wrong. As a determined Bee gives her statement to the lead investigator, her story reveals a predator who got away with murder--and an obsession that may cost Bee her own life.A thrilling story of fierce love between siblings, Sister is a suspenseful and accomplished debut with a stunning twist. 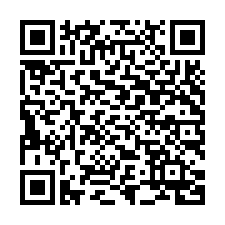