Some work at the mall.

Becca knows from experience the damage that love can do. After all, it was so-called love that turned Huxley from her childhood best friend into a social-world dictator, and love that left Becca's older sister devastated at the altar. Instead of sitting on the sidelines, Becca strikes back—for just one hundred dollars via PayPal, she will trick and manipulate any couple's relationship into smithereens. And with relationship zombies overrunning her school and treating single girls as if they're second-class citizens, business is unfortunately booming. Even Becca's best friend, Val, has resorted to outright lies to snag a boyfriend.

One night, Becca receives a mysterious offer to break up the most popular couple in school: Huxley and the football team's star player, Steve. To succeed, she'll have to plan her most elaborate scheme to date—starting rumors, sabotaging cell phones, breaking into cars…not to mention sneaking back into Huxley's good graces. All while fending off the inappropriate feelings she may or may not be having for Val's new boyfriend.

No one said being the Break-Up Artist would be easy.
Also in This Series 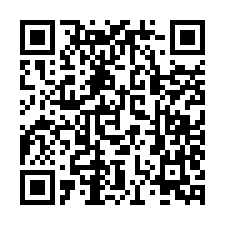