The Price of Freedom »

The Price of Freedom

Description
Twenty-five-year-old Jack Sparrow is a clean-cut merchant seaman pursuing a legitimate career as a first mate for the East India Trading Company. He sometimes thinks back to his boyhood pirating days, but he doesn’t miss Teague’s scrutiny or the constant threat of the noose. Besides, he doesn’t have much choice?he broke the Code when he freed a friend who had been accused of rogue piracy, and he can no longer show his face in Shipwreck Cove.
When Jack’s ship is attacked by pirates and his captain dies in the altercation, he suddenly finds himself in command. The wily sailor’s skillful negotiations with the pirate captain?who turns out to be a woman from his past?result in a favorable outcome that puts Jack in line for an official promotion.
After making port in Africa, Jack is summoned by Cutler Beckett, who makes him captain of a ship called the Wicked Wench. Beckett gives Jack an assignment. He has heard a legend about a magical island named Zerzura whose labyrinthine bowels are said to contain a glorious treasure. Beckett suspects that one of his house slaves, a girl named Ayisha, is from Zerzura. He asks Jack to take her along on his voyage and seduce her into divulging the island’s whereabouts. In payment for his services, Beckett promises Jack a share of the treasure.
But this task isn’t as easy as Jack initially believes. Before she agrees to reveal the location of her home, Ayisha insists that Jack take her to the New World to rescue her brother, who has been sold into slavery in the Bahamas. Their voyage is long and arduous, and as they weather a vicious storm and a surprise attack from an old pirate foe, Jack grows to respect and admire Ayisha’s bravery. He knows that Beckett intends to enslave her people after robbing them of their treasure, and Jack’s moral compass revolts at the idea. It might be possible to deliver Ayisha safely to Zerzura, obtain some of the treasure, and convince Beckett that he never found it . . . but the greedy E. I. T. C. official has eyes everywhere, and if he learns that Jack has foiled his plans, he could take away the thing that Captain Sparrow loves most: his ship?and his freedom.
Also in This Series 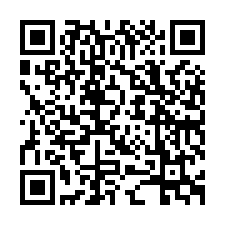