Death of a dreamer »

Death of a dreamer: a Hamish McBeth mystery

Description
Most newcomers don't stay long in remote Lochdubh. They arrive filled with romantic notions of life in northern Scotland until boredom, dampness, and nosy villagers send them running back to civilization. Hamish Macbeth is surprised when artist Effie Garrard sticks it out through the winter, especially since her cottage is so far up in the hills that it might take weeks before anyone would know if something happened to her.By spring Macbeth fears something has. He takes his Land Rover out to check on her, and for once his uncanny sixth sense is wrong. Effie is fine - if being a dreamer and a little odd don't count. That problem off his mind, Macbeth's attention turns closer to home. His old flame Priscilla Halburton-Smythe has returned to Lochdubh for a long visit, not that Macbeth still cares. And a landscape painter, up from Glasgow, is charming all the ladies in the area, including the elderly twins Nessie and Jessie Currie. Macbeth's famous intuition tells him trouble is in the air. And this time Macbeth is spot-on.Effie Garrard is found dead, an apparent suicide. Although his superiors close the case, Macbeth feels in his bones it is murder. Worse, things begin to go haywire in his own life. Another of his old girlfriends turns up in Lochdubh, his heart is being tugged toward an unwise passion, and he may be dreaming too much himself. Distracted by his personal affairs, Macbeth may not see an evil that's getting too close to him...or a ruthless killer whose violence will give everyone nightmares.
Also in This Series 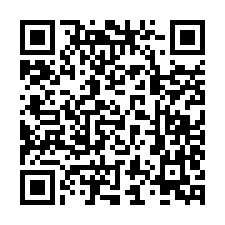