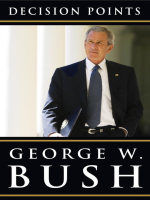 Description
President George W. Bush describes the critical decisions of his presidency and personal life.Decision Points is the extraordinary memoir of America's 43rd president. Shattering the conventions of political autobiography, George W. Bush offers a strikingly candid journey through the defining decisions of his life. In gripping, never-before-heard detail, President Bush brings listeners inside the Texas Governor's Mansion on the night of the hotly contested 2000 election; aboard Air Force One on 9/11, in the hours after America's most devastating attack since Pearl Harbor; at the head of the table in the Situation Room in the moments before launching the war in Iraq; and behind the Oval Office desk for his historic and controversial decisions on the financial crisis, Hurricane Katrina, Afghanistan, Iran, and other issues that have shaped the first decade of the 21st century. President Bush writes honestly and directly about his flaws and mistakes, as well as his accomplishments reforming education, treating HIV/AIDS in Africa, and safeguarding the country amid chilling warnings of additional terrorist attacks. He also offers intimate new details on his decision to quit drinking, discovery of faith, and relationship with his family.A groundbreaking new brand of memoir, Decision Points will captivate supporters, surprise critics, and change perspectives on one of the most consequential eras in American history - and the man at the center of events.From the Compact Disc edition.
Also in This Series 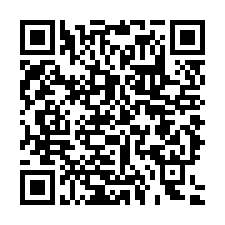 #1 NEW YORK TIMES BESTSELLER • In this candid and gripping memoir, President George W. Bush describes the critical decisions that shaped his presidency and personal life.
George W. Bush served as president of the United States during eight of the most consequential years in American history. The decisions that reached his desk impacted people around the world and defined the times in which we live.

Decision Points brings readers inside the Texas governor’s mansion on the night of the 2000 election, aboard Air Force One during the harrowing hours after the attacks of September 11, 2001, into the Situation Room moments before the start of the war in Iraq, and behind the scenes at the White House for many other historic presidential decisions.
For the first time, we learn President Bush’s perspective and insights on:
• His decision to quit drinking and the journey that led him to his Christian faith
• The selection of the vice president, secretary of defense, secretary of state, Supreme Court justices, and other key officials
• His relationships with his wife, daughters, and parents, including heartfelt letters between the president and his father on the eve of the Iraq War
• His administration’s counterterrorism programs, including the CIA’s enhanced interrogations and the Terrorist Surveillance Program
• Why the worst moment of the presidency was hearing accusations that race played a role in the federal government’s response to Hurricane Katrina, and a critical assessment of what he would have done differently during the crisis
• His deep concern that Iraq could turn into a defeat costlier than Vietnam, and how he decided to defy public opinion by ordering the troop surge
• His legislative achievements, including tax cuts and reforming education and Medicare, as well as his setbacks, including Social Security and immigration reform
• The relationships he forged with other world leaders, including an honest assessment of those he did and didn’t trust
• Why the failure to bring Osama bin Laden to justice ranks as his biggest disappointment and why his success in denying the terrorists their fondest wish—attacking America again—is among his proudest achievements
A groundbreaking new brand of presidential memoir, Decision Points will captivate supporters, surprise critics, and change perspectives on eight remarkable years in American history—and on the man at the center of events.